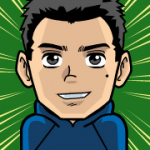 Hello! I'm Zion and welcome to my page!

I am from the Philippines and I really get to know more about Survivor when I watched the local version here especially during the epic Season 2 which shows that Redemption Island (in the form of Isla Purgatoryo, lit. Purgatory Island) doesn't destroy the game if used correctly (in-fairness though I didn't see the Redemption Island seasons but they seem to get negative reactions): like it won't be told to the castaways until they get there AND most importantly it's only effective before the merge.

I am relatively a new watcher of Survivor US (I kind of watched a little bit of Nicaragua and has been watching regularly since One World). The difference in the US version though is that the US version seems a little cutthroat (One World seems to just have the CAs follower whatever Kim Spradlin says so, yeah), where in the Filipino version it seems to be that there is a chance that the majority of the jury would be bitter, as it looks like the CAs seems to hold a grudge due to them being more emotional than rational (seeing why would those blindsiders would do those moves). I am also was part of Survivor Wikia: Hawaii, an Online Role Playing-game of Survivor Wiki (whose home is now in Survivor ORG Wiki) which I was runner-up. Here is my contestant profile.

Retrieved from "https://survivor.fandom.com/wiki/User:Zjzr?oldid=553978"
Community content is available under CC-BY-SA unless otherwise noted.