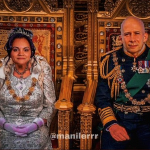 I have been a fan of Survivor since mid-way through the first season and have been watching the show since. First episode I saw was "Thy Name Is Duplicity", the one where Greg Buis was voted out and he "cried" (lol). I did eventually get to see the first seven episodes of Borneo when I got the season on DVD for my 18th birthday five years later after the episodes originally aired.

Favourite Winners from most liked to least liked

Not the greatest, but I respect them:

I respect them, but they didn't deserve to win:

Hate them and they most DEFIANTLY didn't deserve to win:

My favorite Seasons From Most Liked to Least Liked

Retrieved from "https://survivor.fandom.com/wiki/User:TribalChants?oldid=558469"
Community content is available under CC-BY-SA unless otherwise noted.