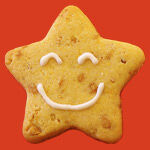 Hi, I'm a person. I watched Survivor every now and then when I was much younger, but for some reason I stopped watching completely for a while at some point. I later finally got back into the series during Blood vs. Water, eventually becoming a bigger fan than I ever was before. I have since watched/re-watched many past seasons and plan on eventually watching all of them.

Retrieved from "https://survivor.fandom.com/wiki/User:Smasher_101?oldid=328632"
Community content is available under CC-BY-SA unless otherwise noted.