Tribal Council is an elimination ceremony that usually happens every third night in the game of Survivor, where the contestants are being held accountable for their actions in the game, usually with one person being voted out of the tribe.

Tribal Council usually starts at sundown. When a tribe visits Tribal Council for the first time, its members are given torches and are to dip them in the central fire pit. The host then reminds the castaways that the fire on their torch symbolizes their life in the game, and once it is extinguished by him, their time in the game is over. This metaphor is used commonly within the show's theme. The castaways will have a conversation with the host for hours, usually edited in the actual episode to only feature the highlights, regarding camp life, strategy, social interactions, and events he witnessed at the challenges throughout the cycle. The session oftentimes leads to tension-filled discourses among tribe members, and contestants in precarious situations may reveal important information or plead their case to keep themselves in the game. If a castaway fails to give a satisfying answer to the host, the host reserves the right to test that contestant further by peppering them with more incriminating questions.

Once the host finishes interrogating the contestants, they will, one by one, proceed to a distant voting booth where they will write the name of the castaway they want to vote out and state the reason why they are voting for that player. Occasionally, these confessionals are shown on television, but to increase suspense, not all voting confessionals are aired. Up until Survivor: Redemption Island, these confessionals could be viewed in full through CBS's YouTube account and the show's DVD releases. After voting, the players would insert their ballot inside an urn, which the host later collects. The host tallies the votes and reveals the results to the players. When the votes are read, the order that the votes are pulled has also usually been manipulated by production to extract the most suspense from the players during the tally. All votes are final and cannot be further altered though, in theory, there could have been an exemption in Survivor: Panama, Survivor: Cook Islands, Survivor: Cagayan, Survivor: Kaôh Rōng, and Survivor: Heroes vs. Healers vs. Hustlers due to the powers of a special Hidden Immunity Idol that could be used to negate votes after the deciding vote is revealed. Beginning in Survivor: Fiji, the host would ask the tribe if any one of them possesses a Hidden Immunity Idol and feels the need to use it before the votes are read.

Once the vote tally has exceeded the plurality needed, the host stops tallying, pronouncing that player eliminated from the game, keeping the remaining votes a secret, though typically, the unread votes are implied to be for the eliminated contestant. The eliminated player presents the host their torch and the host extinguishes (known in the series as "snuffing") it, telling that contestant the parting words, "The tribe has spoken," before asking the player to leave the Tribal Council area. Eliminated players walk away from the Tribal Council grounds into a small confessional booth, where they can air out their grievances and reflections, which are shown during the end credits.

In rarer cases, if a starting tribe has been decimated to its last two members and no merge has been announced, these two players will compete in a fire-making challenge where the winner stays and the loser is eliminated from the game.

Following the increase of contestants in some season beyond 16, Double Tribal Councils have occurred, wherein multiple tribes go to separate Tribal Council sessions to eliminate one of their own. This is to quickly reduce the number of remaining castaways since having an expanded cast breaks the conventional three-day cycle. The first Double Tribal Council happened in Survivor: Pearl Islands to give way for the returning Outcasts, which, in giving two players a chance to return, meant that 16 vote outs had to occur this season rather than the standard 14. In Survivor: Palau, Survivor: Cook Islands, Survivor: Heroes vs. Villains, and Survivor: Nicaragua, the tribes competed in a Reward Challenge for a feast to be eaten at Tribal Council, where the winning tribe gets to listen to the losing tribe's Tribal Council. Regardless of the result of the Reward Challenge, both tribes would vote someone out. In each of those four instances, the winning tribe voted someone out first, and all included an opportunity for individual immunity either for one player on just one or both tribes. In Survivor: Winners at War and Survivor 41, the two tribes that lost a pre-determined three-tribe Immunity Challenge would attend Tribal Council to vote off one member each.

In Survivor: Samoa, a Double Tribal Council was slated to occur on Day 15, but it was postponed when Russell Swan suffered severe exhaustion during the Reward Challenge, which led to his evacuation. The said challenge was called off with neither tribe winning the reward; instead, they were merely instructed to proceed to a Joint Tribal Council for further notice. There, the castaways were relieved when host Jeff Probst announced that Russell's condition was improving and that the planned double elimination was canceled due in part to his impressive tenure as "chief" of Galu.

In Survivor: Game Changers and Survivor: Edge of Extinction, only the first-place tribe in a particular three-tribe Immunity Challenge won immunity, while the two losing tribes were sent to a Joint Tribal Council to vote as one group, with only one player being eliminated that night.

In Survivor: Cook Islands, a special twist caused the Rarotonga tribe to vote another player out immediately after they had already eliminated a tribe member. During their Tribal Council, Rarotonga eliminated two tribe members in two separate voting rounds. This also occurred in Survivor: Redemption Island, Survivor: South Pacific, Survivor: Ghost Island, and Survivor: Island of the Idols.

Unlike Cook Islands, Redemption Island and South Pacific each had an impromptu Immunity Challenge between the votes, and the Tribal Councils in question were conducted after the two starting tribes had merged. In Ghost Island, Island of the Idols, and Survivor 41, a single Immunity Challenge was held, with the merged tribe being divided into two groups that would attend two separate Tribal Councils. Individual immunity was offered to each group in an endurance-style challenge, and whoever lasted the longest overall would win their group the privilege of attending Tribal Council second, thus knowing who was voted out from the other group. 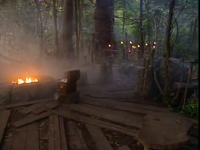 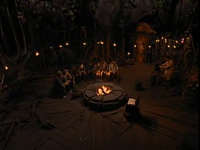 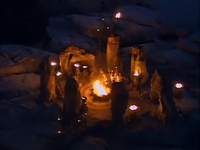 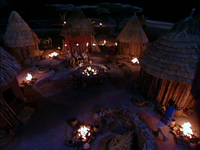 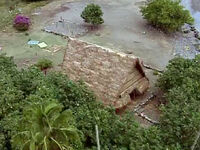 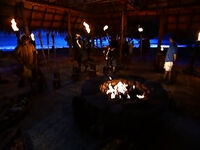 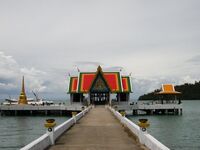 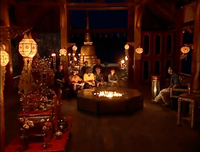 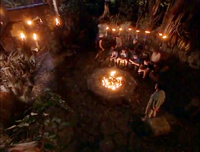 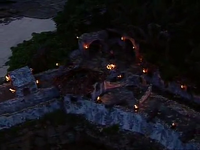 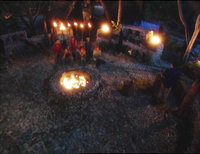 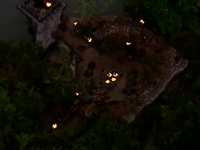 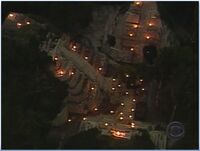 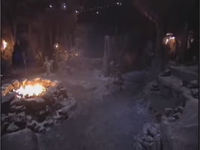 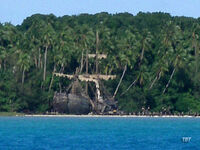 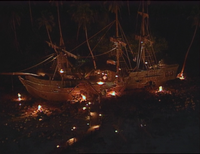 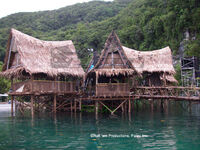 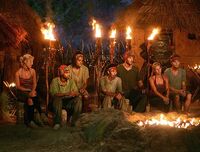 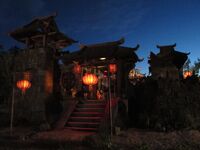 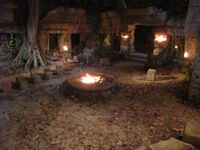