Richard Hatch (Winner)
The Tagi Alliance (also known to some as the Tagi Four) holds the distinction as the very first Survivor voting alliance. The pact was formed by Richard Hatch by gathering three of his fellow Tagi tribemates. Not only did it ultimately award Richard the title of Sole Survivor, the creation of this alliance paved the way for how the game of Survivor would be played in future seasons.

On Day 10, thinking strategically, while everybody, whether from the Pagong or Tagi tribe, was more keen on merely literally surviving on the island, Richard Hatch could not think of any other way to surely further himself in the game. With this, he flirted with the idea of making a voting bloc with people who he deemed as trustworthy.

The next day, Richard began to put his plan in motion by recruiting Kelly Wiglesworth and Susan Hawk to form the alliance, which both agreed. The three then invited Rudy Boesch to join them. Despite his reservations, the retired Navy SEAL joined the three. Any plotting was temporarily put on hold when the Tagi tribe won the subsequent Immunity Challenge.

As the four castaways teamed up, that left Dirk Been and Sean Kenniff as the only outsiders on the tribe, putting them in danger. When Tagi lost the Immunity Challenge on Day 15, Sean was initially supposed to go, but Dirk got skinnier and skinnier. Fearing for his health, the Tagi Four voted him out.

In the coming days, the tribe was outnumbered, with Tagi having five members, and Pagong having six. The alliance realized that unless they won the next challenge, the other tribe could pick them off. Luckily, they had won the challenge, and entered the merge even.

The Tagi Alliance planned to pick off the members of Pagong one by one after. They started with Gretchen Cordy, who was supposedly the leader of Pagong. This was successful, as it resulted in a 4-1-1-1-1-1-1 vote, with the others rendered powerless due to their scattered votes. After that, they decided to vote out Greg Buis for his likability and strength at challenges. This was also successful, with Greg becoming the first member of the jury.

Later on, however, Kelly started not to feel right about joining an alliance. Also, Colleen Haskell realized that Tagi was ganging up on them, so she aligned with Gervase Peterson and Jenna Lewis to vote against Richard, the ringleader. At the next Tribal Council, Kelly did not vote with the alliance, but not against Richard, either. Colleen, Jenna, and Gervase voted for Richard as intended. However, knowing that Sean's "alphabet strategy" targeted Jenna next, Richard, Rudy, and Sue voted for Jenna, which were enough votes to eliminate her. With that, the alliance stayed intact, voting out Gervase next.

By Day 31, Kelly had now completely defected and joined Colleen, irking her former alliance, who targeted her next. But after Kelly won immunity, Colleen was voted out, making Pagong no more. Richard, Rudy, and Sue agreed on voting out Kelly, but she won immunity again, so they voted out Sean.

With all castaways outside of the original alliance now eliminated, the Tagi Four would now have to turn on each other. Richard and Rudy grew close, making a Final Two deal, where they decided to vote out Kelly, then Sue. However, Kelly won immunity once again. She and Sue voted against Richard, while Richard and Rudy voted against Sue. It was a tie and Kelly and Rudy had to vote again. Rudy still voted for Sue, staying true to his word. Kelly, putting much thought into it, voted against Sue as well, sending her to the jury.

At the Final Immunity Challenge, Richard dropped out first, knowing that if Rudy won, he would take him to the Final Tribal Council, as Rudy previously claimed. Kelly likely would too, as everyone thought of Richard as a villain. Kelly won and, as expected, took Richard to the Final Two, where he was rewarded with the title of Sole Survivor for his relatively simple - yet effective - strategies, which included creating Survivor's first-ever alliance.

The Tagi Alliance is the first ever voting bloc in the series. Whilst the original intention of the show was to vote out players who the individual thought had spent their time on the island, Richard took the leap to create a safety net that would later lay the foundations for future seasons.

Many viewers believed that this voting bloc was unfair and unethical, as the other castaways did not think to make these pacts with one another. However, there were no rules stipulating that people could not organize smaller social groups to vote out players. Since then, fans have embraced alliances which sometimes create predictable outcomes, or even further, "pagongings". 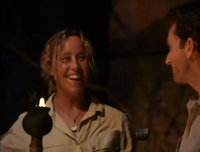 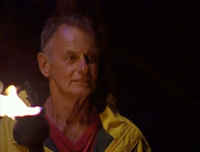 Kelly and Richard at the very first Final Tribal Council. 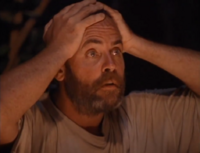 Richard is the Sole Survivor of Survivor: Borneo.