Merged with Pagong on Day 20

Tagi​​ is a tribe from Survivor: Borneo.

Named after the beach they lived on, Tagi was a diverse mix of men and women who were relatively older than most of the rival Pagong tribe. However, their teamwork and camaraderie attributed to early successes. It was also on Tagi that the first ever voting alliance was formed, forever changing how future contestants would compete on the show. Their tribe color is orange.

Upon reaching the beach, tension rose early as Susan and Richard squabbled over work ethic. Stacey and Kelly, on the other hand, seemed irked by Rudy's abrasive personality, despite his military background.

During the first Immunity Challenge, Sonja stumbled through the shore, making Tagi trail over the rival Pagong tribe. Eventually, Pagong won the challenge, giving them fifty waterproof matches and the coveted Immunity Idol. Deemed as the weakest member of the tribe, Sonja, the eldest of the Tagi females, was first to go.

Fearing that she might be next, for she was deemed as the next weakest link, Stacey redeemed herself by winning the second Immunity Challenge for the tribe, where they ate butok (beetle larvae). But despite this, her redemption only lasted for three more days, as she was next to be eliminated.

As the days went by, Sean and Dirk appeared to be lazy, while Richard became the sole food provider for the tribe. With this, Richard hatched a strategic plan by creating a voting bloc with Kelly, Susan, and Rudy, thus forming the first Survivor "alliance." The strategy worked, as Dirk was eliminated shortly afterward.

On Day 20, Tagi and Pagong were merged into one single tribe, Rattana, where the remaining ten castaways decided to move to Tagi's camp for the remainder of the competition. Despite being physically much weaker than their Pagong rivals, Tagi managed to merge with Pagong with even numbers, with five members each. 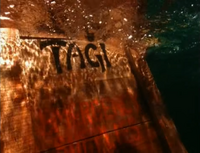 Tagi's shot in the intro. 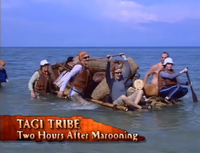 Tagi arrives at their beach. 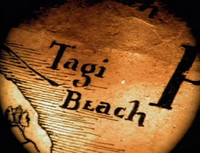 Tagi's beach on the map. 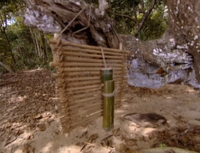 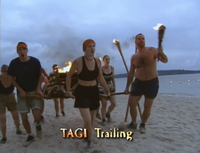 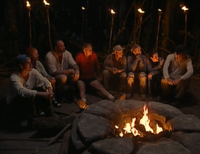 Tagi at their first Tribal Council. 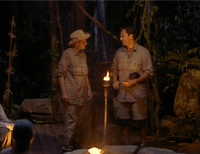 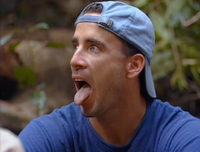 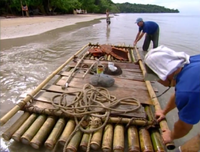 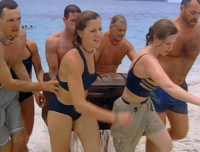 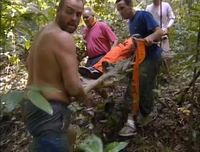 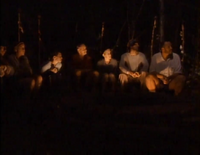 Tagi at their second Tribal Council. 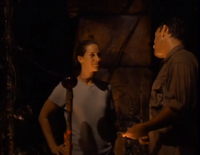 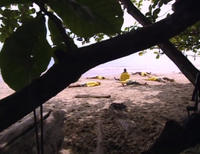 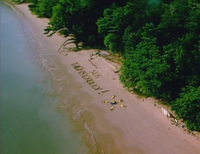 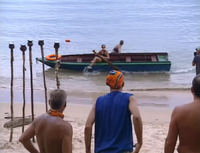 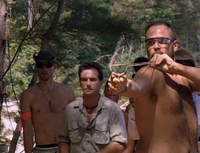 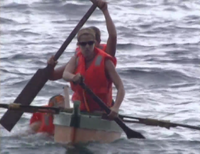 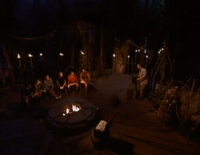 Tagi at their third Tribal Council. 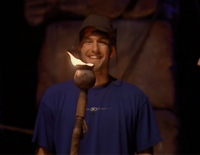 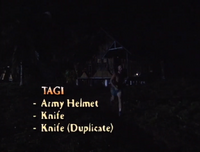 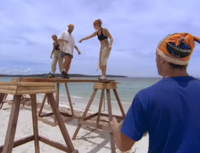