Jake Billingsley (6/16)
The Sook Jai Alliance is the majority alliance of the Sook Jai tribe in Survivor: Thailand. After the fake merge, the alliance fell apart.

The Betrayal at the Fake Merge

With both the Sook Jai and Chuay Gahn tribes left with five members after Sook Jai's losing streak, both tribes arrived at one beach and began living together. Shii Ann Huang, along with the rest of the castaways, believed the two tribes have merged. Feeling at the bottom of the Sook Jai Alliance, Huang announced she was flipping to the Chuay Gahn Five. This left the remaining four in the Sook Jai Alliance in the minority; however, Jeff Probst revealed at the next challenge that the tribes have not merged, but were simply two tribes living at the beach. This became the series' first and only Fake Merge. After Sook Jai lost the next Immunity Challenge, the four remaining loyal members of the Sook Jai Alliance unanimously voted out Huang with the knowledge that she would flip to the Chuay Gahn Five once they reached the merge.

With the loss of Erin, the remaining three members of the alliance merged with Chuay Ghan, forming Chuay Jai. Knowing they were at a distinct disadvantage, Jake tried convincing Brian Heidik and Clay Jordan to flip and vote with them. The two Chuay Ghan then told the alliance to vote for Ted Rogers, Jr. as they falsely told them Ted would be their first target. Following the challenge, the majority Chuay Gahn Five voted out Ken for being a physical threat.

Knowing she was clearly on the outs, Penny tried getting Jake voted out before her. This convinced Clay to vote with her, albeit only because of Jake annoying him. Eventually, Penny was voted for being perceived as crafty. Jake soon followed as he was unanimously voted out when he failed to win immunity. 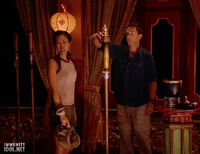 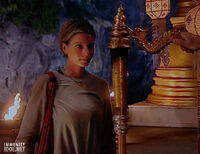 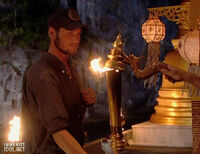 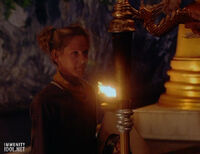 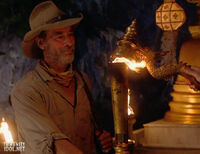 Jake voted out.
Add a photo to this gallery

Retrieved from "https://survivor.fandom.com/wiki/Sook_Jai_Alliance?oldid=579815"
Community content is available under CC-BY-SA unless otherwise noted.