Borneo
All-Stars
Snake Island Relay (also known as Waiting to Exhale) is a recurring endurance physical challenge of Survivor. It debuted as the first ever individual Immunity Challenge in Survivor: Borneo, and reappeared in Survivor: All-Stars.

In Survivor: Borneo, all ten castaways submerged themselves underwater to see how long they could hold their breath. The top three castaways then had another competition of releasing buoys along a ladder submerged underwater. The first castaway to release all of their ten buoys would win immunity. Greg Buis, Gervase Peterson, and Sean Kenniff made it to the final round where Greg barely beat out Sean for immunity.

In Survivor: All-Stars, the castaways were divided by gender. The two people of each gender to stay submerged longest pass to the second stage. In the end, the two finalists from each gender would have to race to unclip buoys. The two winners would win immunity. Amber Brkich and Kathy Vavrick-O'Brien were the final women, while Lex van den Berghe and Rob Mariano were the final men. The women went first, and Kathy defeated Amber for immunity. Rob then defeated Lex for the men's individual immunity. 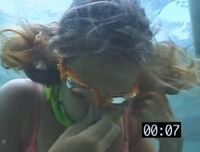 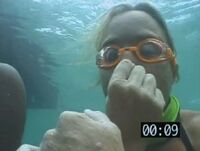 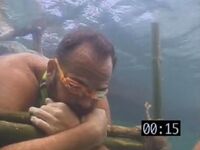 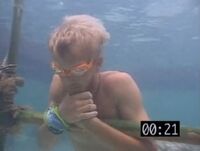 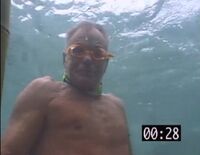 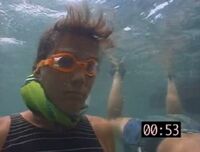 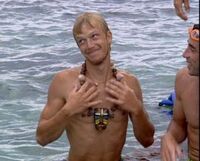 Greg after winning the challenge.

The first half of the challenge in All-Stars.

Kathy after winning the challenge. 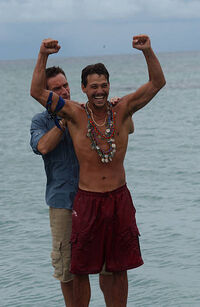