Survivor Wiki
Register
Don't have an account?
Sign In
Advertisement
in: Pages with reference errors, Twists, Gameplay,
and 4 more

View source
watch 01:24
What is Hidden Immunity Idol?
Do you like this video?
Play Sound

Used to save oneself or others from getting voted out

Guatemala - present
The Hidden Immunity Idol (also known as the "Hidden Idol" or simply as "the idol") is a pocket-sized talisman that prevents the user from being voted out from Tribal Council. Since its introduction in Survivor: Guatemala, critical strategic decisions revolved around the idol, from when to use it, for whom to use it, or how to minimize its effect in the game.

Not to be confused with the tribal Immunity Idol or the individual Immunity Necklace, the Hidden Immunity Idol, as the name implies, is difficult to obtain, and its hiding places vary from Exile Island or any its variants, tribe camps, challenges, or in rarer cases, in Tribal Council itself. Clues to the whereabouts of the idol may exist at camp or may be given to the winners of a Reward Challenge.

When the idol debuted in Survivor: Guatemala, its purpose was to give its owner individual immunity without the winning of an individual Immunity Challenge. In later seasons, it was retooled to negate votes against its user. Despite its potential to protect its owner in the game, it may only be used once, after which the idol will either be re-hidden or discarded. With this, owners should be careful about divulging information about possessing one and/or when to use it, because starting in the Survivor: Fiji season and beyond, a player can still be eliminated with the idol in their possession, thus going home bringing their idol with them. Another limitation is that the idol is only usable until a given deadline (usually Day 36 or 37, when six or five players are left). Since Survivor: Heroes vs. Healers vs. Hustlers, however, idols obtained through means other than being found at tribe camps have had an earlier expiry date (typically valid at the immediate Tribal Council). A player may hold more than one idol if available.

Beginning from Survivor: Ghost Island, certain caveats were put in play to be able to play the idol; otherwise, the idol will be rendered powerless.

The Hidden Immunity Idol is usually a small, ornate talisman that is designed to match the season's theme and/or location. For example, the Hidden Immunity Idol in Survivor: China was a plaque-like wooden square with a Chinese symbol engraved on it. Other idols are designed like small necklaces or bracelets. Usually, the idol is an item based on the history or landscape of the area.

The format of how the Hidden Immunity Idol is used every season differs, and as of now, there are three different formats of how it is used based on the time it can be used in Tribal Council.

Appeared in: Survivor: Guatemala
Played: Before the regular votes are cast.


This type of Hidden Immunity Idol, which can be used before the votes are cast, only appeared during the twist's debut in Survivor: Guatemala, where its existence was revealed via Tree Mail. The owner came to be Gary Hogeboom, who used it in the same episode it was found, earning him individual immunity for that Tribal Council. After its use, the idol was discarded.


The super idol is a type of Hidden Immunity Idol that can be used after the votes have been read. Under this mechanic, all the votes the user received will be negated, and the person with the next highest number of votes will be eliminated instead. This creates a scenario where the group which originally had the fewer votes gathered during Tribal Council gain control of that vote.

The downside, however, is that it is almost impossible to counter without a split vote plan: with the knowledge of the castaway being voted out is known, the voting side who has the super idol has full control of who is going to be voted out, as they know where the majority votes will go, negating their power with the idol.

This format was panned by fans, calling the item "too powerful," comparing it to the "Get Out of Jail Free card in Monopoly.[2] This idol remained valid until the Tribal Council where there are only four contestants remaining. In Cagayan and Kaôh Rōng, this was changed so that, like regular idols, they can only be played up until the final five. In Heroes vs. Healers vs. Hustlers, a super idol was planted beneath the supplies before the marooning. Unlike previous iterations of the super idol, this idol could only be used during the first Tribal Council. If the finder's tribe won the first Immunity Challenge, that player had to anonymously send the idol to a member of the losing tribe.[3]

In Kaôh Rōng, while the current format still applied, there was also the option to combine two idols to create a "super idol" that can be played after the votes are read to save any player still in the game.

So far, no idol under this format has ever been played.

Appeared in: Survivor: Fiji onwards
Played: Before the reading of regular votes.


The current iteration of the idol, one idol hidden in each of the tribe camps. To work around the loophole in the idol's rules from the previous format. Instead of using it after the host revealed enough votes to eliminate a castaway, the idol must be used after the votes have been cast, but before the host reveals them. According to host Jeff Probst, this created a "happy medium" between the previous two formats.[2]

This mechanic makes it possible for the idol to be wasted, as a castaway must play the idol on someone that can be voted against, but who is not guaranteed to have the most number of votes, making timing a crucial factor in playing it. A way to counter this type of idol is to force the user to waste it (i.e. if they do not have the most number of votes), a strategy several castaways refer to as flushing. Once the idol is used, it is usually re-hidden. Typically, these idols are valid up until there are only five castaways remaining in the game.

In Survivor: One World, while there is only one camp, there are still two idols; one for each tribe. Both idols are exclusive to a tribe; therefore if a player finds the idol for the rival tribe, they must give it to one of its members before the next Tribal Council.

In Survivor: Heroes vs. Healers vs. Hustlers, however, the original intent of the negating idol was seemingly lost when it was shown that negating idols can be played even before the intended period. Ben Driebergen was allowed to play an idol during the Night 36 Tribal Council even before the castaways voted, meaning it was known to the others that any votes cast against him would not count before they vote.

Per the current tiebreaker rules, those who play an idol (or had an idol played for them) are exempted from the deadlock-breaking rock draw.

To find Hidden Immunity Idols more easily, clues are provided to castaways. Several clues either are progressive (meaning the first clue will not be as helpful as the next ones because it will only lead to another clue, but the succeeding clues would lead the looker closer to the actual place of the idol), or still lead to the same hiding place, albeit restructured for added confusion.

As the season progresses, more clues will be provided, regardless if the idol has already been found or not. These clues can be shared with others by the finder(s)' choosing; however, in several incidents in Survivor: Samoa, Russell Hantz was notorious for finding the idols without any clues.

These clues may be a cryptic message similar to Tree Mail messages or rebus puzzles in Survivor: Nicaragua. Sometimes, the exact location of the idol is stated outright.

In Survivor: Blood vs. Water, Monica Culpepper began a trend of refusing the clue as to prevent a target from forming on one's back. Only four of the ten clues were accepted during the season.

Over the years, there have been varying ways for how the clues have been given to the contestants:

Hidden Immunity Idols are considered "personal items," and thus cannot be stolen from its owner, as stated in the Survivor Rulebook. If the owner hides their idol for safekeeping and someone else finds it, whoever finds the already-found idol may not take it.

If all ballots are negated by idols, the votes will restart happen (see tiebreaker for details). Idols can only be played at the initial vote, not at any re-votes; it is unknown whether they can be played at vote restarts, as no contestant has ever played an idol at a restart.

If Redemption Island is in play, idols remain in the holder's possession upon the holder being voted out, and can be brought back into the game if the holder returns.[6]

In Survivor: Winners at War, the eliminated castaways residing on the Edge of Extinction post-merge may pay Fire Tokens to obtain an idol which they can use if they win the return challenge.

In Survivor 41, the idols wrapped in a package ominously labeled as the "Beware Advantage." The player that finds it may either take the advantage but they will be obliged to follow the instructions inside the package, or leave it back in its hiding place. If the player chooses the former, they are bound to do what the accompanying note states lest they are unable to vote. For the idol to be "activated", all three idols must be found first, and each finder must state a certain secret phrase assigned to them in order at an Immunity Challenge. Failure to complete the task before an Immunity Challenge will render the owner of the idol without a vote, ostensibly unable to use their Extra Vote nor invoke their Shot in the Dark the next time they visit Tribal Council, though they may try again at the next Immunity Challenge. If the task is never completed before the merge, the idols' owners penalties end and their idols are rendered permanently unusable.

Several strategies regarding the idol have been developed by contestants. Here is a non-exhaustive list of how the idol was used over the series:

There have been several instances where a person that is caught looking for the idol (or even merely suspected of having looked for the idol) has become an immediate target, so it is crucial that searchers must be undetected when looking for it.

Created by the contestants themselves, fake idols have been used as a foil for players to use them under the assumption that they have been helped out to achieve power and to ensure success on the end of their creators. These counterfeits have no value at Tribal Council; and when played, they are confirmed by the host as fake before being thrown in the central fire pit of Tribal Council.

During Survivor: Game Changers, a fake idol kit was one of the advantages offered as part of an Advantage Menu to whoever was sent to Exile Island after the second Tribe Switch. The exiled castaway, Debbie Wanner, chose an Extra Vote instead of a fake idol kit (or a tribe challenge advantage). 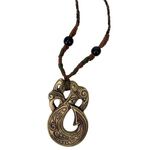 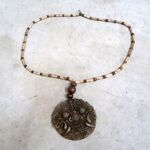 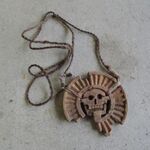 Survivor: David vs. Goliath Hidden Immunity Idols, a string with two rocks at the end.