Created on Day 4 by Todd Herzog, Amanda Kimmel and Aaron Reisberger. Before the merge they adopted fellow Fei Long members, Jean-Robert Bellande, Courtney Yates and Denise Martin and pre-tribe swap Zhan Hu member Frosti Zernow. Later, at the merge this alliance would be extended to all original Fei Long members, with the goal of eliminating all members within the Zhan Hu Alliance.

On Day 4, Todd and Amanda came together, saying that each other's wit, cleverness, and drive to play the game attracted them to one another. They also brought in fellow tribe mate, Aaron, in order to have somebody that was leading the tribe to carry out their orders for them. The Fei Long Alliance was strong pre-tribe switch, voting out Leslie Nease on Day 9.

After the tribe switch on Day 13, Aaron joined Zhan Hu along with James Clement. Aaron was then later voted off by the rival Zhan Hu Alliance on Day 15 after they successfully threw the challenge.

The Final Tribal Council consisted of alliance members Todd, Courtney and Amanda. In the end Todd won the game in a 4-2-1 vote, with Courtney becoming the first runner-up and Amanda placing in 3rd. 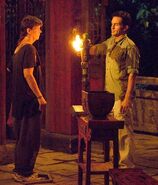 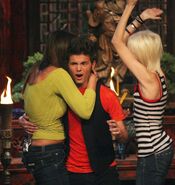 Todd Herzog is the Sole Survivor of Survivor: China.
Add a photo to this gallery

Retrieved from "https://survivor.fandom.com/wiki/Fei_Long_Alliance?oldid=575068"
Community content is available under CC-BY-SA unless otherwise noted.