Thai phrase meaning "to help one another"

While older and weaker compared to the younger, more fit Sook Jai tribe, Chuay Gahn's camaraderie and better tribe dynamics allowed them to be on par with Sook Jai, entering the merge and effectively decimating their rivals. Their tribe color is orange.

The tribe was formed after a Schoolyard Pick. Jan picked what seemed to be a weaker tribe compared to the rival Sook Jai. This was evident early on, as Chuay Gahn lost the first two Immunity Challenges, as well as the first Reward Challenge. They voted out John - for his inability to gel - as well as Tanya, who was appearing to be very sick and unable to adapt to the environment.

Dysfunction was beginning to fracture the tribe, especially after the infamous Grindgate incident involving Ghandia and Ted. Though it seemed to be patched, a misunderstanding caused the feud to stay.

After Sook Jai threw a challenge to get rid of Jed Hildebrand, Chuay Gahn saw a momentum shift that saw them lose only 2 of the upcoming challenges (and thereby voting out Ghandia). Sook Jai was forced to lose two of their own before the Fake Merge.

At the Fake Merge, the five remaining members of Chuay Gahn saw Shii Ann, a member of the rival tribe, to be a useful asset. She made her intentions clear that she was open to flipping to the other tribe, and was voted out at Sook Jai's next Tribal Council. When the merge finally came, the tight-knit Chuay Gahn entered with a 5-3 advantage over Sook Jai. 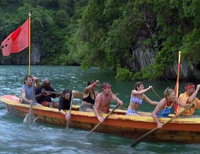 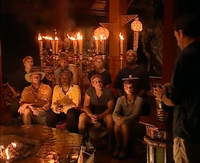 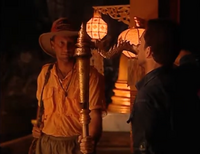 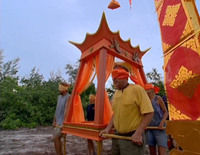 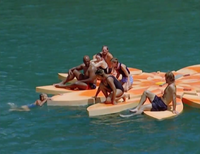 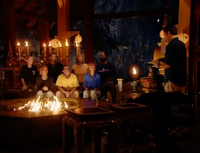 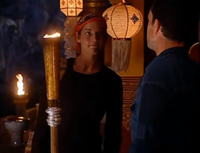 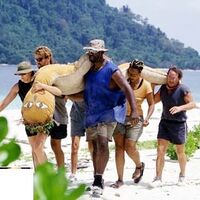 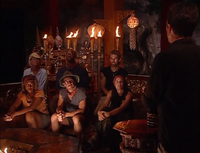 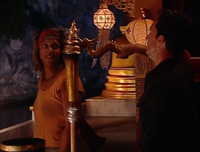 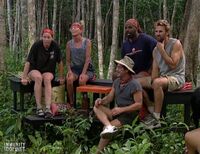 Chuay Gahn at the Survivor Auction.