Survivor Wiki
Register
Don't have an account?
Sign In
Advertisement
in: Tribes, The Australian Outback Tribes, Merged Tribes,
and 4 more

Barramundi, a fish native to Australia

Barramundi is the merged tribe of Kucha​ and Ogakor from Survivor: The Australian Outback. Their tribe color is orange.

On Day 19, the two rival tribes received notice of an impending merge. Kucha received Tree Mail labeled "Girls' Night Out," instructing Alicia Calaway and Elisabeth Filarski to spend the night at the Ogakor camp. The ladies were thus under the impression that they would be joining the men of Ogakor for the evening, while Kucha's men entertained the women. Ogakor, however, received Tree Mail labeled as "Boy Night Out", instructing Colby Donaldson and Keith Famie to make the trek to the Kucha camp. The men and women spent the remainder of the day separated from one another, with the men at Kucha and the women at Ogakor.

The next day, the tribes were instructed to meet at a new beach. This would be the site of the new merged tribe's camp. The group celebrated with a feast, then quickly set to work building a camp. Rodger Bingham advocated building their new shelter in the highlands, but Jerri Manthey suggested that the dry riverbed at the base of a steep hill would make for a more comfortable sleep, due to the soft sand. The tribe set up camp in the riverbed and chose the name Barramundi. It was apparent that despite the show of unity, this was still two tribe-defined alliances living on one beach. This paranoia manifested itself in the first individual Immunity Challenge, wherein the castaways had to stand on a perch for as long as they could. The fortitude of the various tribe members differed: Nick Brown quit only ninety minutes into the challenge, while Alicia, Keith, and Tina Wesson all lasted over ten hours. The challenge eventually ended when Tina stepped down to grant her ally Keith immunity, knowing that he had received past votes and was thus in danger at the upcoming Tribal Council.

At that night's vote, the former Kucha members all cast their votes for Ogakor's strongest male, Colby. Ogakor, meanwhile, knew that Jeff Varner had received a vote from Debb Eaton on Day 3 because he mistakenly told the tribe that he had received the vote in their first Tribal Council prior to a Reward Challenge.[1] When a revote failed to resolve the situation, host Jeff Probst turned to past votes. Jeff had received more than Colby and was thus eliminated from the game. This would spell the beginning of Kucha's subsequent downfall.

At this time, Elisabeth began to search for cracks in the dominant Ogakor Alliance and noticed the tension between Jerri and the other members of the tribe—particularly Tina, who had become fed up with Jerri's negative attitude. This feeling was magnified when Jerri won the first individual Reward Challenge and selected Amber Brkich to join her for dinner. Back at camp, the tribe enjoyed the pair's absence. In spite of the hard feelings toward Jerri, however, Ogakor continued to dominate with Keith winning his second consecutive Immunity Challenge. On Day 24, challenge threat Alicia was voted out in a 5-4 decision.

On Day 25, the tribe received directions to split up into pairs for a Reward Challenge. Jerri immediately latched onto Colby, suggesting that her choice should be honored because "the game isn't fair." The rest of the group balked at the suggestion and instead chose to draw names from a hat. Through sheer coincidence, Colby and Jerri ended up together anyway and went on to win the challenge. The pair were rewarded with an excursion to the Great Barrier Reef. Knowing that the former Ogakor would still be the majority, Tina decided to postpone Kucha's eventual extinction by turning the tables on alliance partner Jerri. Jerri, who had been antagonizing the group throughout the game, was finally eliminated on Day 27.

Amber felt lonely and despondent at the loss of her closest friend in the game, but the tribe was distracted by more pressing concerns: the group was rapidly running out of rice. Despite a Survivor Auction on Day 28, the group was starving, lethargic, and barely able to complete the Day 29 Immunity Challenge. Colby ended up taking the victory, as he would with every Immunity Challenge from that point on.

Observing the lethargy, Probst arrived at the Barramundi camp and offered the group a deal: their shelter in exchange for a new supply of rice. Eager to eat, the group accepted and began to rebuild the camp. The incident caused the tribe to sacrifice their tarps, as well as Colby's own luxury item, his Texas flag, much to his chagrin. With their shelter gone, the tribe became very emotional. The game, however, moved on, and Kucha's Nick was voted out of the game 4-2-1.

Tough times continued at Barramundi when a strong storm hit after the next day's Reward Challenge, sending a torrent of water cascading down the slope near their camp. Their new shelter, which had been carelessly constructed in a riverbed, was washed away, along with their newly attained rice and the lion's share of their personal possessions. The group was devastated and struggled to rebuild yet again. A small respite from the bad luck that dogged the tribe occurred when Keith and Tina were able to spot the rice tin in the rushing river and rescue it from the rapids. In the chaos that followed the flood, Tina, Colby, and Keith cut Amber loose for fear of the possibility that she would form a counter-alliance with the remaining members of Kucha.

Barramundi spent their remaining days in the Outback creating a new camp in the highlands, safe from any potential flood activity. With only five members left in the tribe, personalities began to wear thin. Colby, in particular, became annoyed with Keith due to the chef's perceived arrogance. It was around this time that Colby and Tina began to feel that Elisabeth and Rodger were more deserving of their spots in the final five than their Ogakor ally. The tribe also began to yearn for a taste of home, which they got in the form of an internet cafe Reward Challenge, which allowed the castaways to converse with loved ones from home. Tina won an internet shopping spree for her family, and Keith took the opportunity to make a televised proposal to his longtime girlfriend, Katrina, in which the latter accepted.

Despite the friction with Keith, the Ogakor Alliance continued along its path of domination. Sensing that his time was up, Rodger sacrificed himself and asked Tina to vote him out in order to keep his ally and close friend Elisabeth in the game. Ogakor honored Rodger's request, and the Kentucky farmer was voted out 3-2.

On Day 37, the final four competed in a Reward Challenge that combined elements of past challenges. Colby won, and in the process gained a Pontiac Aztek. On his reward trip, he was surprised by a visit from his mother, Gay. Colby brought his mother back to camp, where she lavished the group with stories from home and care packages from their loved ones. This brought the group some much-needed familiarity for their final days. Colby won the final four Immunity Challenge, and Elisabeth was the last of the Kuchas to take the fall in a 3-1 decision.

The final three castaways were then tasked with making idols to reflect on their time in the Outback. After taking part in the Rites of Passage, they competed in the Final Immunity Challenge which required them to remember their fallen comrades. Colby proved to be mentally strong as well and won the challenge. In a controversial move, Colby deiced to bring Tina with him to the Final Tribal Council, sending Keith to the jury, seeing him as an easily beatable Final Two opponent.

After an emotional departure from their camp, Colby and Tina faced the jury and pleaded their cases. Tina ended up earning the majority of the votes, winning over Keith, Elisabeth, Jerri, and Alicia with her arguments. In a 4-3 vote, Tina was named the Sole Survivor of Survivor: The Australian Outback. 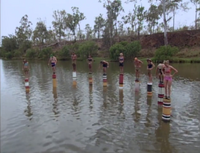 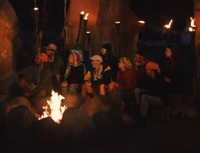 Barramundi at their first Tribal Council. 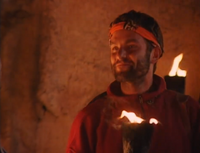 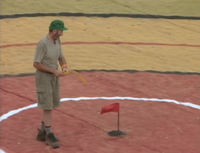 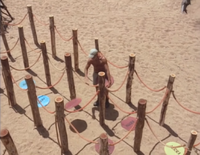 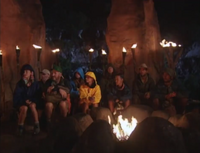 Barramundi at their second Tribal Council. 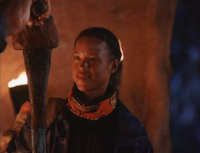 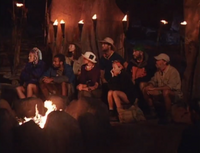 Barramundi at their third Tribal Council. 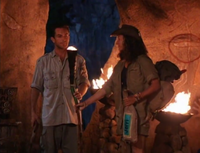 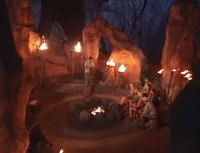 Barramundi at their fourth Tribal Council. 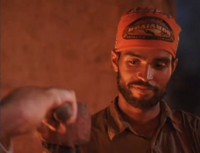 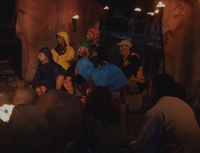 Barramundi at their fifth Tribal Council. 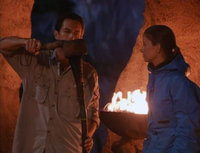 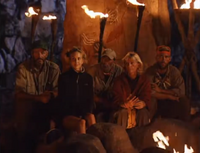 Barramundi at their sixth Tribal Council. 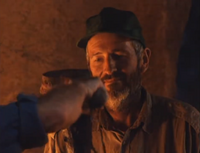 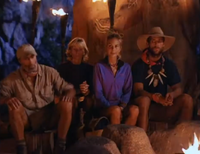 Barramundi at their seventh Tribal Council. 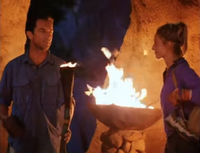 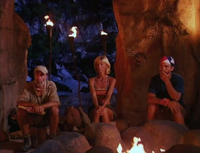 Barramundi at their eighth Tribal Council. 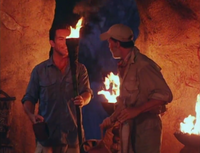 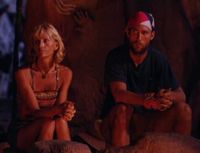 Tina and Colby in the Final Two. 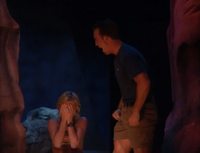 Tina is the Sole Survivor of Survivor: The Australian Outback