Alinta is the merged tribe of Lopevi and Yasur from Survivor: Vanuatu.

The tribe was initially defined by original tribal lines, with the all-women Yasur outnumbering and overwhelming the all-men Lopevi, but when the tribe was down to its last male, Chris Daugherty, the women considered to vote one of their own out before him, but a power play by Twila Tanner caused the women alliance to crumble and never regrouped. Its tribe color is orange. 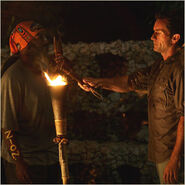 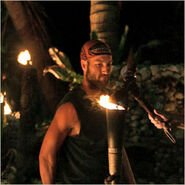 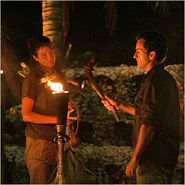 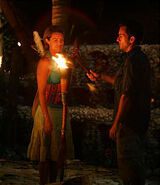 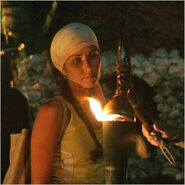 The final four after the vote. 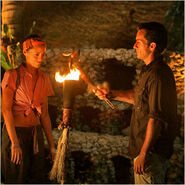 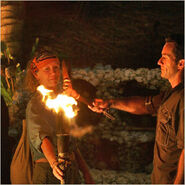 Chris and Twila in the Final Two.