ALL POSTS
Survivor: Island of the Idols
2

Vince sneaking into Vokai's camp was the highlight of this episode... from the person screaming about their nightmare to Kellee opening her eyes when she think she heard a noise Vince made, but then brushed it off and went back to sleep!

I'm starting to regret having picked Tom (a fellow Canadian) to be in my Fantasy League after the way he treated Karishma!

Why am I not surprised Elizabeth and Janet were chosen to do the swimming portion of the challenge for their respective tribes? 😉

I am sick of hearing Tommy and Dan's voices every episode; Tommy's just annoying and Dan is not only annoying, but he's a douchebag as well!

Although I'm glad Karishma is safe, I am also disappointed at the same time Vince was blindsided! Maybe Vince will be brought back in a future season possibility, I don't know!

Here are some of my thoughts:

Very surprised that the girls didn't make a move against Tom to save Vince and Karishma but I'm guessing challenge ability played a role in it. It worked out okay for them since Vince didn't play his idol, though.

No heroic underdog growth arc for Vince today, at least not a long lasting one. Maybe another time.

Oddly enough my favorite part of the episode was actually the Island of the Idols segment. The challenge was a lot of fun, and Rob and Sandra were actually kind of funny in their scenes.

My mom was screaming at the TV when everyone ignored Karishma's injury. What a weird scene, I have a feeling there was more to it but it sure put Lairo in a negative light!

I know people are kind of making fun of Dean but why am I genuinely rooting for him? Is it because I drafted him in my fantasy league or is it because he's hot? I don't know but when the girls said that he and Aaron were safe I was actually relieved for some reason. I don't think he'll be getting a purple edit.

I love the Shambo dream reference you made. I have no idea what to make of the Karishma energy but it all but confirms Karishma is the expendable person in the womans alliance. If she was smart, she would maybe try to work with the men next vote and maybe Dean swings Chelsea if Lairo loses again, but overall as much as this was a bit of a weirdly edited episode we have some interesting dynamics on both tribes. For someone like Jamal who appears to be good at puzzles, he's pretty bad at reading the strategy of his tribe. Looks back, Vince should've seen enough warning signs to have played his idol. I feel bad for him though, he did well on the fire challenge at least.

You’re right about Jamal not having a good read on the tribe. One of the few things keeping him in at this point is that he’s always coming in clutch in every challenge so far, especially the last two. However, I think it could turn against him in the future when the merge gets closer.

Vince is just another Wendy. Likeable hilarious Asian person who gets voted out disappointingly early. Unlike Wendy I don't think he will be coming back anytime soon though.

I feel like the most underrated character thus far is Kellee. She is getting quite a lot of screentime and kinda has a story going for her but nobody seems to talk about it. 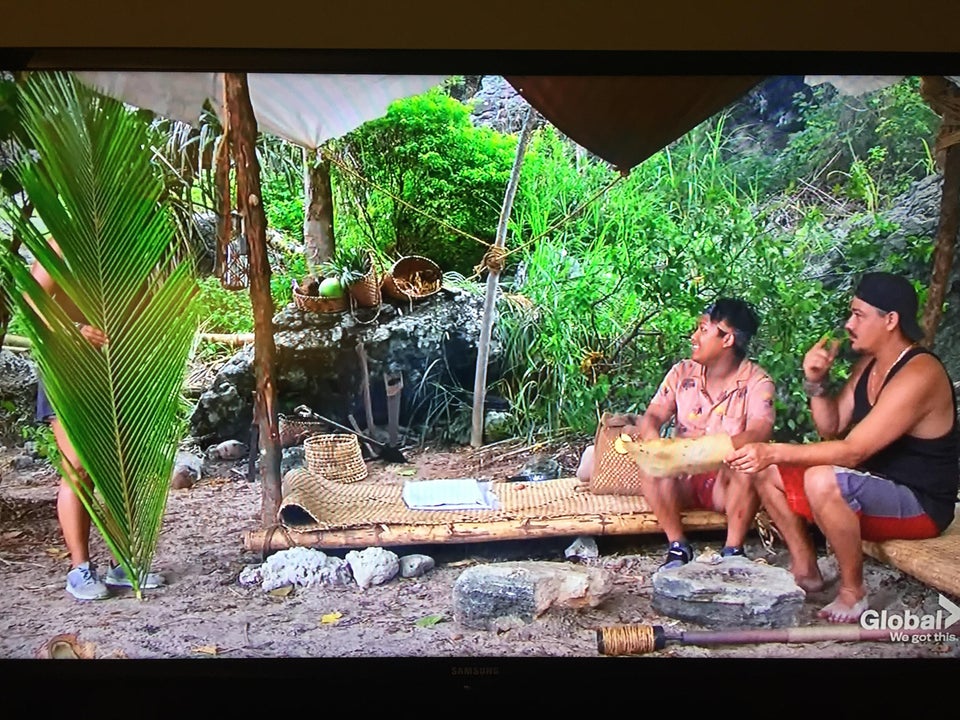 How do we know that's Sandra? All I know for sure is that's a pretty cool floating leaf. If there was a person holding it I would have no idea ;)

Imagine Tony lasted longer in Game Changers, successfully completed his underground spy bunker and when he was hiding in it spying on people, unbeknownst to him, Sandra was spying on him from behind that giant leaf. That might have made Game Changers a better season if that happened! 😄

What do you think?